8 Scenic Towns Along the Camino Frances

Camino Frances, or the French Way, is one of the most popular pilgrimage routes of the Way of St. James since the ancient times. While walking the French Way, you will come across several tranquil villages, discover scenic landscapes and have a great chance to socialize with fellow pilgrims and locals. Besides experiencing the rustic charm of medieval towns, you will be awed by the majestic range of mountains such as Pyrenees and Leon, the famous vineyards of La Rioja, the rolling green hills of Galicia and large plateaus of Meseta.

If you are planning to enjoy some of the rugged beauty of Spain, here are the eight scenic towns along the Camino Frances that you must visit.

Lying next to River Nive at the Pyrenean foothills, Saint-Jean-Pied-de-Port is a commune bustling with spirited energy and well-preserved beauty. The walled city is the most common starting point for the Camino Frances. When you are at Saint-Jean-Pied-de-Port, don’t forget to pay a visit to the traditional French Market that is in full swing on Mondays. Others spots to see include Rue de la Citadelle, a 17th century fortress sitting atop the hill offering amazing views, the Gothic church of Notre-Dame-du-Bout-du-Pon, the original city gate of Porte d’Espagne, and the stone bridges over the River Nive from where you can enjoy the panoramas of the whole town. After sightseeing the renowned landmarks, take a stroll through the cobbled streets of the town, indulge in local dishes and enjoy the serenity of the place.

The medieval town of Puente La Reina, also referred to as the “bridge of the Queen” or the “crossroads of the ways”, is sandwiched between Pamplona and Estella on the Way of St. James pilgrimage route to Santiago de Compostela. The highlight of Puente La Reina is the six-arched Romanesque bridge sitting over River Arga. It was built by Queen Muniadona, wife of King Sancho III, who also named the town after herself. Other architectural wonders include Church of the Crucifix and Church of Santiago that are located on the Pilgrim’s trail. Travelers and pilgrims who are seeking a quiet shelter will find Puente La Reina an ideal destination.

Lying on the banks of the Oja River at the foothills of the Sierra de la Demanda and Yuso, Santo Domingo de la Calzada is a municipality in La Rioja. It is named after Dominic de la Calzada, a saint, who was the founder of the city. He built a hotel, hospital, and bridge to provide pilgrims with shelter and care. Today the city is renowned for its wines, gastronomy and architectural gems that include the magnificent Cathedral of Santo Domingo de la Calzada and Pilgrims’ Hospital. 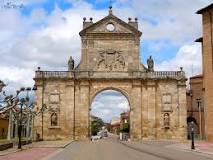 Featuring artistic heritage, remarkable ruins and Mudéjar architecture, Sahagún is a Leonese city along the Camino. The historic city is peppered with architecture influenced by Christian and Muslim cultures. You will find several churches, monasteries, and their ruins in Sahagun. It won’t be wrong to assume that Sahagún is a wonderland for architects and history enthusiasts. The quiet streets are lined with wooden and brick houses that offer one a glimpse of the medieval times. Grab a Spanish pastry from a bakery and walk through the gates of Monasterio de San Facundo, make a stop at Iglesia de la Trinidad and check out the repainted Iglesia de San Juan.

Mansilla de las Mulas is an ancient walled city in the province of León lying on the banks of the river Esla. Hundreds of centuries have passed but the city has managed to retain its splendor and traditions. Even today, it gleams of Jacobean culture and generous hospitality. Mansilla is a festive city where celebrations take place throughout the year. The festivities of Santiago that go on for a whole week in July is a spiritual as well as a visual treat.  It features medieval festivities, markets, theatrical shows, and dramatic knight duels. Another famous event that takes place is the tomato fair. It is celebrated on the second last Sunday of August. The tomato fight is the highlight of the affair. 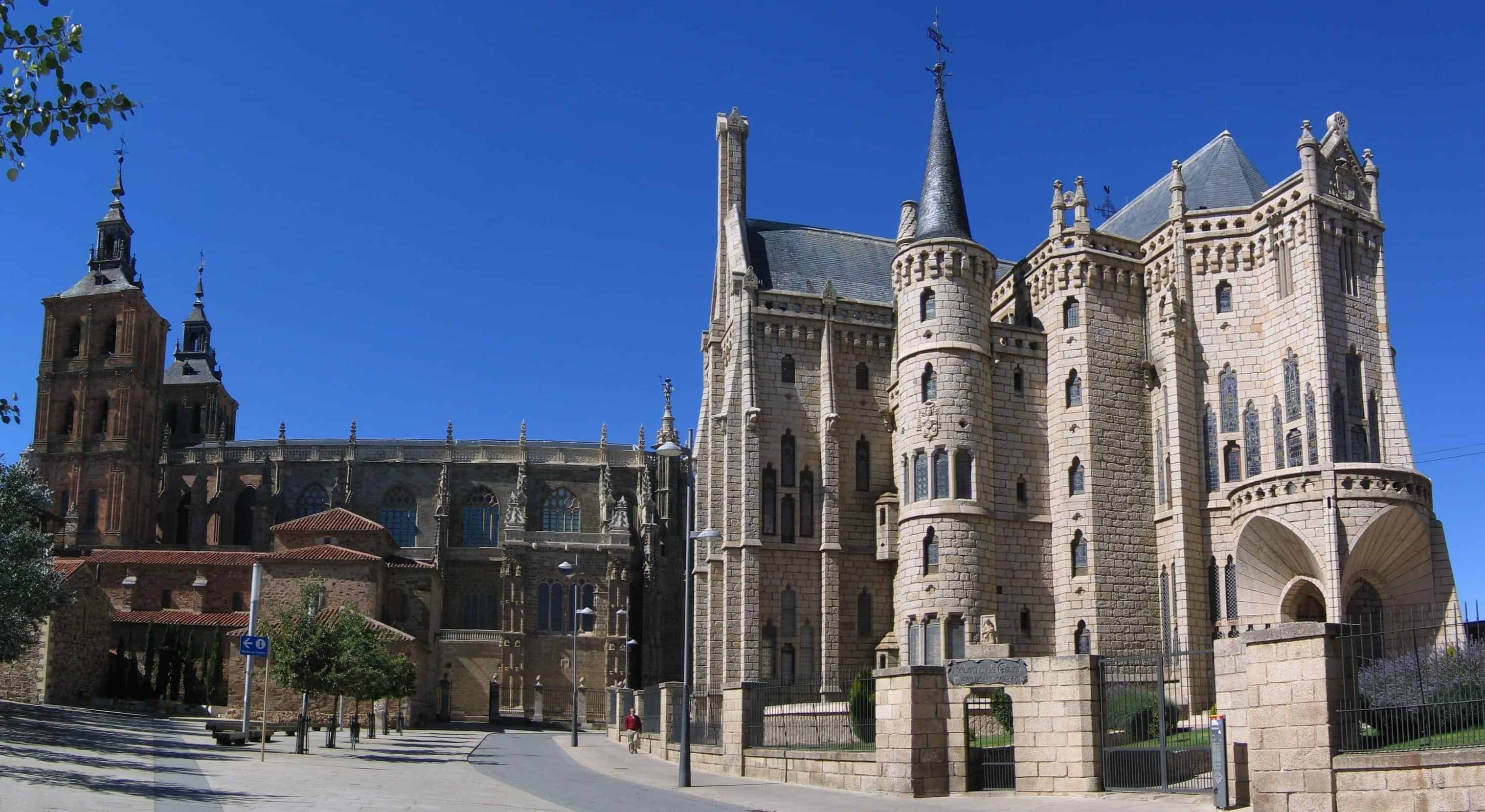 If you wish to time travel in Spain, Astorga is a great place to check out. Boasting Roman ruins and modernist buildings, Astorga is a fascinating amalgam of medieval times and urbanization. Just one stroll through the charming streets of the walled city will leave you awe-inspired. From preserved churches, museums and cathedrals to parks, amphitheaters and sculptures, the town is bursting with splendid landmarks. The Roman Ruins Route is a must-see guided tour. You can appreciate the ancient ruins that include murals, water tanks and sewers of the past. The tour also include a visit to the Roman Museum. If you have a sweet-tooth and a little love for history, a trip to the Chocolate Museum is guaranteed to be fun. 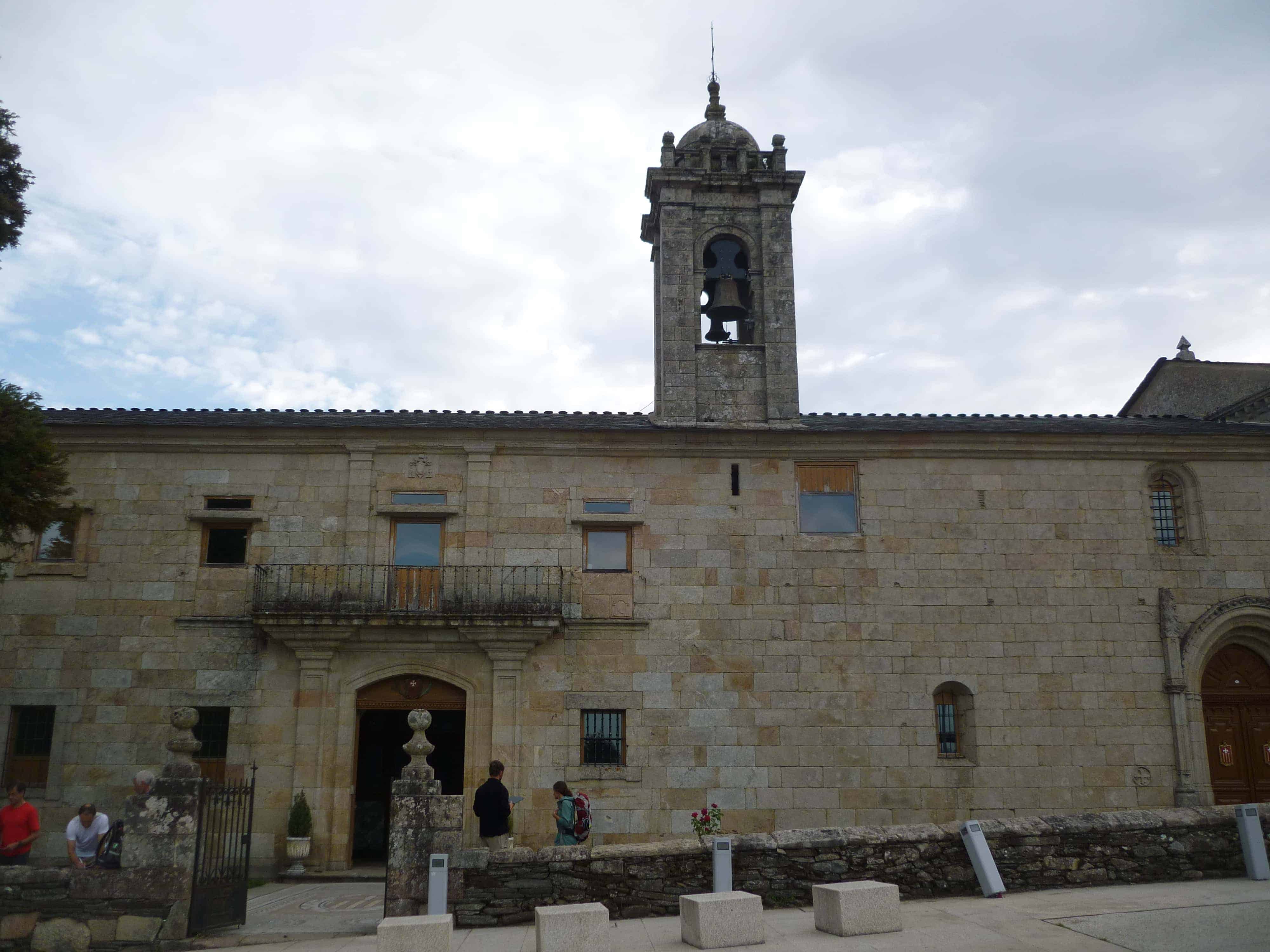 Sarria is the last section of the Camino Frances. Pilgrims often walk the final hundred kilometers from Sarria to Santiago de Compostela. The city is renowned for its artistic heritage, Gothic structures, recreational activities and gastronomy. Besides the famous landmarks, Sarria has a quiet ambiance that provides pilgrims a chance to relish their spiritual tour in peace. When you stop over, visit the Convent of a Madalena, Ponte de Áspera, a Roman style bridge from 12th century and Church of Saint Mariña. For a little fun, you can enjoy hiking, trekking, horseback riding and fishing on the banks of the river Sarria.

Melide is a small town in Galicia and a popular stopover for pilgrims on the Camino. The Galician town features narrow gravel roads, stony walls, foot bridges, farmlands, and ancient chapels. When you arrive at Melide, you will be greeted by a peaceful atmosphere, amazing cuisine, and superb buildings. Visit Saint Roque Chapel, Sancti Spiritus Church, and St Anthony’s Chapel for a look into the past and peace of mind. Like other Spanish cities, festivals and feasts happen throughout the year. On every Sunday, a fruit and cheese market take place which is a heaven for foodies. If you dare, try the specialty of Melide, ‘Pulpo á Feira’, which is a boiled octopus!

Is the Holy Grail found on the Camino de Santiago?

Walking may still be the most common way of travel

Relax into the weekend with an episode of Camino T

Experience the Camino in a group and make friends

Why Walking the Camino de Santiago is the Best Sol