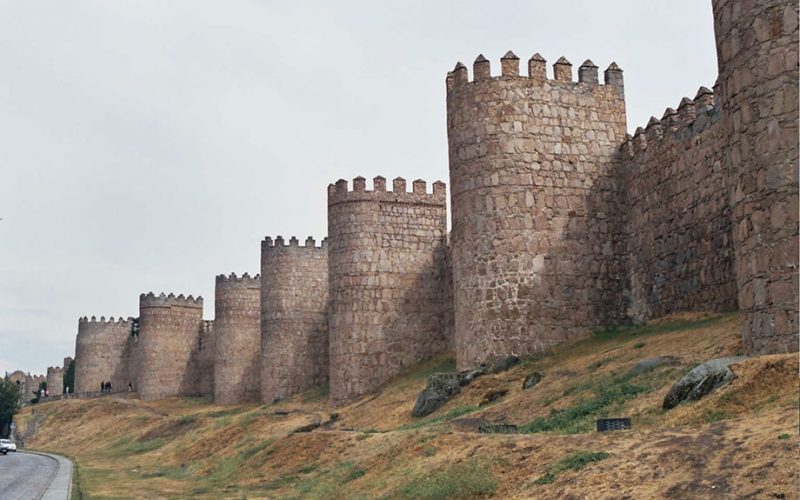 The Roman Walls of Lugo (Muralla Romana) are a defining feature of the city of Lugo.  Designated a UNESCO World Heritage site in 2000, the Roman walls of Lugo are considered to be ‘the finest surviving example of late Roman military fortifications’.  When walking the Camino Primitivo you will enter the historical centre of Lugo through the Puerta de San Pedro gate of the walls and leave via the gate of Porto Santiago which is directly opposite the Cathedral in Lugo.

History of the Roman Walls of Lugo 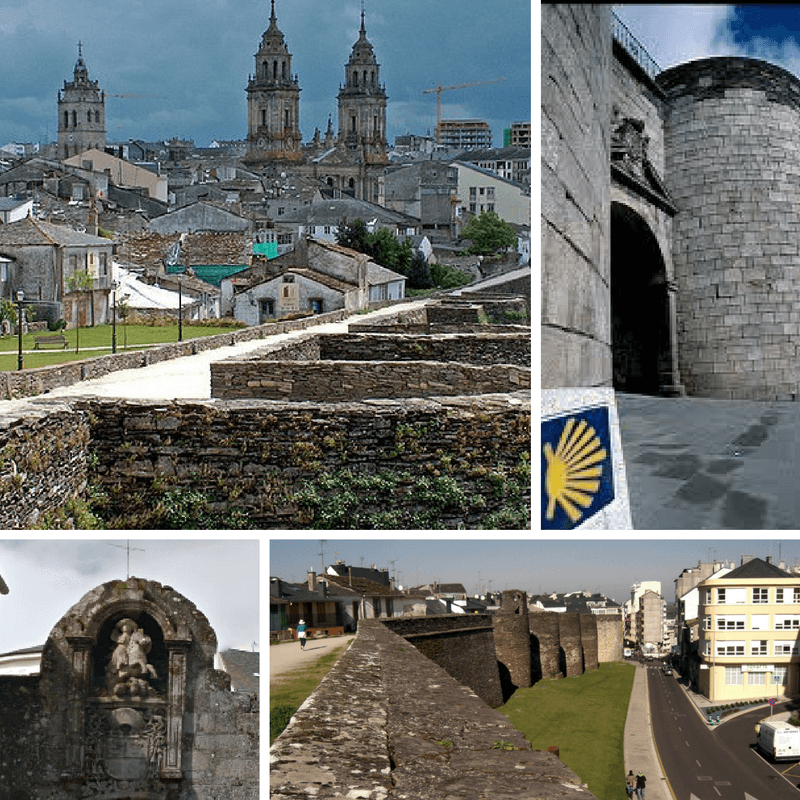 Construction of the wall began in 265AD and was not completed until 310AD.  During this period, much of Roman Hispania was under threat from foreign invasion.  It is believed however that the wall was built to defend the city from revolts by local tribes, rather than foreign invaders.

Despite the imposing nature of the Roman Wall, it was breached on many occasions.  In the fifth century, the Germanic Suevi invaded the city.  Then in 457, it was invaded by the Visigoths, who captured and settled the town. When the Moors invaded Spain, Lugo was ravaged in 714 but was recaptured by Alfonso I of Asturias in 755.  Over 200 years later, the town was once again invaded, this time by the Normans in 968.  The town was not restored until the following century.

Today the Roman walls of Lugo are a main attraction to the town for tourists as well as those walking the Camino de Santiago.

The Construction of the Roman Walls of Lugo 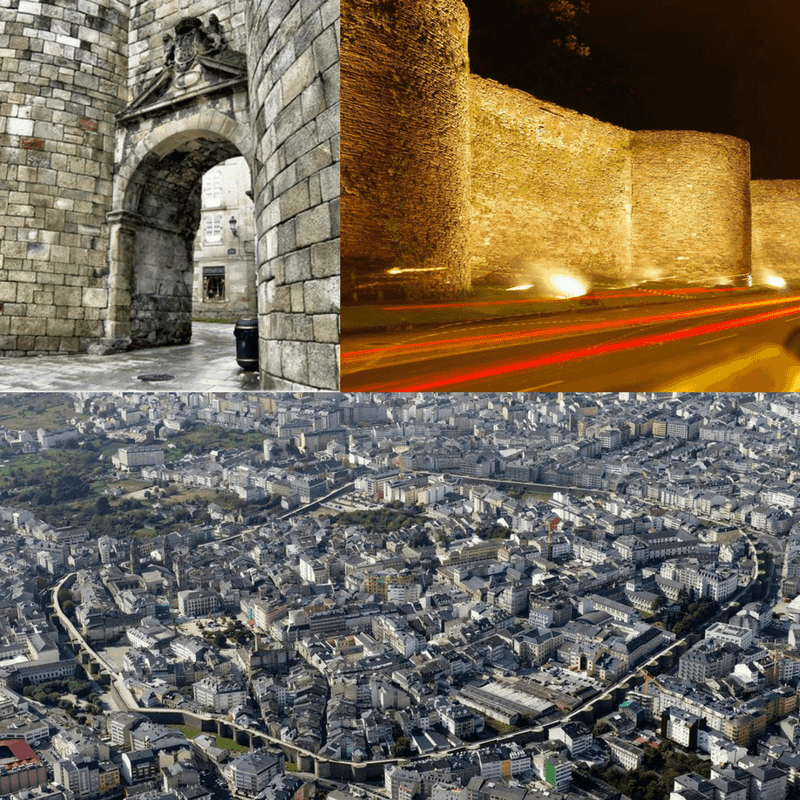 When originally built, the wall was part of a defensive complex that also comprised a moat and intervallum.  Only the walls, however, survive today. It is not clear what the rationale for the design was as its unusual rectangular floor plan meant some important residential areas were left outside the walls while empty ground was enclosed.  Enclosing some 34.4 hectares the wall has a perimeter of almost one and a half miles (2kms).  The height of the wall ranges from 8 to 12 meters and is on average 4.2 meters thick.

The wall reflects not just the local material that was available but also the craftsmanship, tradition, and style of building prevalent at that time.  The walls were strategically built with Roman mortar consisting of locally available gravel stone, mud, and possibly a small quantity of lime.  Over time, some additions and repairs have been made but for the most part, the walls are of the original Roman construction. These walls are one of the last remaining complete and best-preserved examples of Roman military architecture.

Originally, there were only five gates but due to urban growth and the requirement for access to the city, there are now ten gates.  The wall is made up of many curved turrets and two towers.  Access today is via staircases and once there, you are welcomed with sweeping views over the city.  It also becomes clear that the walkway has been raised over the centuries as it is now an exposed walk.  Originally, for defensive purposes, the walkway would have been much lower. Framed on the outer side of the walls by pleasant grass lawns and illuminated at night by spotlights, this can be a romantic place for a stroll under the stars with your other half.

The walls are currently in good hands as Lugo City Council now manages them (since 1992). The creation of a Master Plan for the Conservation and Restoration of the Roman Walls of Lugo in 1992 ensured the future plans for research techniques as well as restoration techniques. In 1997, the Special Plan for the Protection and Internal Reform of the Fortified Enceinte of the Town of Lugo was created to address the growing urban atmosphere of the historic town. This impacted the protection of the walls by regulating building heights, addressing traffic matters, and creating more open spaces around the walls. Restoration and reconstruction work is still continuing today per the 1992 plan. All restoration and maintenance work on the Roman Walls is strictly done according to the Advance Integral Plan for the Conservation and Restoration of the Walls of Lugo to ensure the authenticity and protection of the walls.

If you found the Roman Wall of Lugo interesting, then check out our post on the Roman town of Ponte de Lima, a town that is older than Portugal.