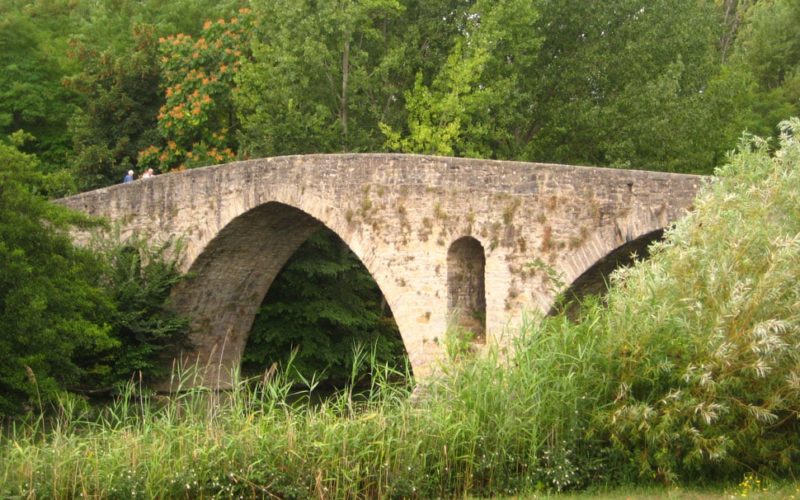 and the best known internationally. It stretches from St. Jean Pied de Port to Santiago in western Galicia.  The first leg of this way crosses the Pyrenees and is know as the most difficult stretch of El Camino Frances. This stretch usually takes a lot of energy so you are able to rest in the historic and quaint village of Roncesvalles in the Pyrenees Mountains.

From there on in it gets easier to walk as it is flatter terrain, there are of course some hills but nothing that is not manageable for a person of average fitness level. To complete the full French way you’d need to allow one month but most pilgrims nowadays walk the final 100kms in order to collect their pilgrim certificate.

The route crosses the north of the Iberian Peninsula, through the Basque Country, Navarra, La Rioja, Castilla y Leon and Galicia regions of Spain, was established in the late 11th century. Thanks to the efforts of monarchs like Sancho III the Greater and Sancho Ramirez de Navarra y Aragon, as well as Alphonse VI and his successors, who took care of its construction and its promotion. The principal routes of the Way in France and Spain were described in detail around the year 1135 in the Codex Calixtinus, an essential reference work providing details of the pilgrimage tradition.

Book V of this codex is a bonafide medieval guide describing the pilgrimage to Santiago. It enumerates the different stretches of the French Way from the lands of Gaul. It offers detailed information on the sanctuaries to be found along the way, including comments on the hospitality, the people, the food, natural springs, local customs. The entire work is written clearly and succinctly, a practical answer to a specific demand: the pilgrimage to Santiago.

This guide, attributed to the French cleric, Aymeric Picaud, reveals the political and religious interest that lay behind promoting the sanctuary of Santiago de Compostela and making it easily accessible. Yet, it also bears testimony to the demand for this type of information. At the time of the writing of this book, the Camino Frances and the pilgrimage routes reached their heydey and a maximum stream of visitors. Santiago became the goal of all pilgrims for the entire Christian world. This surge of pilgrims was so intense that it prompted a Moslem Ambassador to comment that “the throng of worshipers who travel to Santiago and back is so great that there is almost no room left on the road leading to the west”. 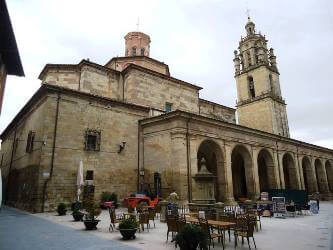 Over the centuries and with the political and religious avatars in Europe, the physical route of the French Way lost much of its former influence. Indeed, it was not until the end of the 19th century that there was a resurgence of interest in the question of Saint James and the pilgrimage way. In which, interest continued into the second half of the 20th century. The progressive restoration and recovery of the ancient way allowed it to become internationally recognised as one of the historical symbols of European unity.

Take a look at a Brief History of the Camino de Santiago here.

Camino Frances is also a place where was created the idea of Camino Gin by Tom Cartwright – the founder of Camino Gin – a company that makes gin in the UK that is flavoured with a special combination of botanicals found along the Camino Frances.