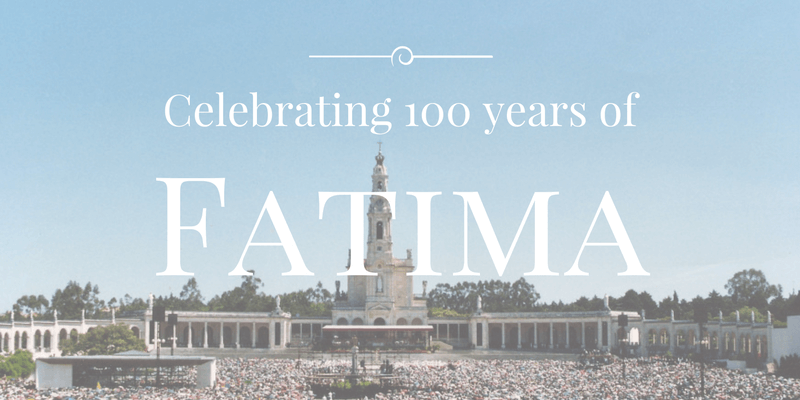 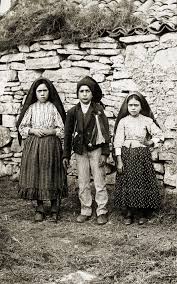 It has been 100 years since the Blessed Virgin Mary graced three children with her presence and Fatima 2017 is what this is all about. For this special anniversary, we have created a day trip from Lisbon and Porto to Fatima. Many people will have heard of Fatima but do you know the actual story?

The story behind Fatima begins in 1916 when young shepherds, Lucia, Francisco and Jacinta met the Angel of Portugal. Francisco and Jacinta were siblings and Lucia was their cousin. The first three apparitions were to prepare for the visitation of the Immaculate Virgin Mary the following year.

The 1st Apparition of Fatima

The first apparition was on the 13th of May 1917 when the world was shredding itself to pieces in the First World War. On that fateful day, the children were pasturing their sheep on a field their families owned, Cova da Iria. Seeing a bright light in the clear sky, the children thought to themselves a storm must have been coming and ran to find a shelter. However, they saw the bright light again over a nearby holm oak tree but this time a lady dressed in white was enshrined within. The beautiful lady told them that she came from Heaven and would come to see them on the 13th of each month for the next 6 months at the same time and the same place. Meanwhile, they were told to say the rosary every day to bring peace to the world and put an end to the ruthless war.

Initially, the children promised to each other that they would keep this between themselves. But, Jacinta the youngest, couldn’t contain her excitement and told the rest of her family. Word soon spread and the town of Aljustrel and Fatima learned of what the children saw.  As they waited for the next visit, it was apparent that they had more detractors than believers. None the less, when the 13th of June came around, at the site of the apparition there was a small crowd present for the children.

The 2nd Apparition of Fatima 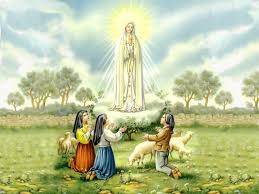 During the second apparition, she informed the visionary children that she was going to take the two siblings to Heaven and directed Lucia, who was staying, to learn how to read and write. However, the crowd was not sure what they had witnessed for they did not see the angel. The children’s mothers did not share their belief either. In fact, a parish priest gave a warning that it might be a demonic apparition and people began to be fearful.

The 3rd and 4th Apparition of Fatima

The third apparition on the 13th of July is the one shrouded in most mystery. During this particular apparition, the children received three separate secrets each and they guarded their secret this time with their life. It was only after Sister Lucia wrote her third memoir that it was revealed in 1941. On that day, the angel showed them a vision of Hell and she predicted the outcome of the WWI and where humanities were leading soon, including the prosecution of the church. Government officials and clergy tried to get in on the children’s secret.

The Mayor even kidnapped the children and have been threatened, however, none of these had any effect on them. Because of the incident, they were not able to go to the Cova on August 13 when the next apparition was to take place. The crowd that waited for the apparition, which is said to be the largest to date, witnessed some external signs that convinced many. It was therefore not until the 19th of August that the children had their fourth vision from Our Lady. On this visit, Our Lady promised to the children that she would perform a miracle so that everyone would believe them.

Our Vegan on the Camino Ebook is full of tips for our plant-based clients, from restaurant recommendations to useful phrases!

The 5th Apparition of Fatima

By the 13th of September, word had spread far and wide that more than 30,000 people were at the Cova to bear witness.  This time the angel revealed about the final visit that Our Lord, Our Lady of Sorrows, Our Lady of Mt Carmel and Saint Joseph with the child Jesus were going to honour them with their visit.

The 6th Apparition of Fatima 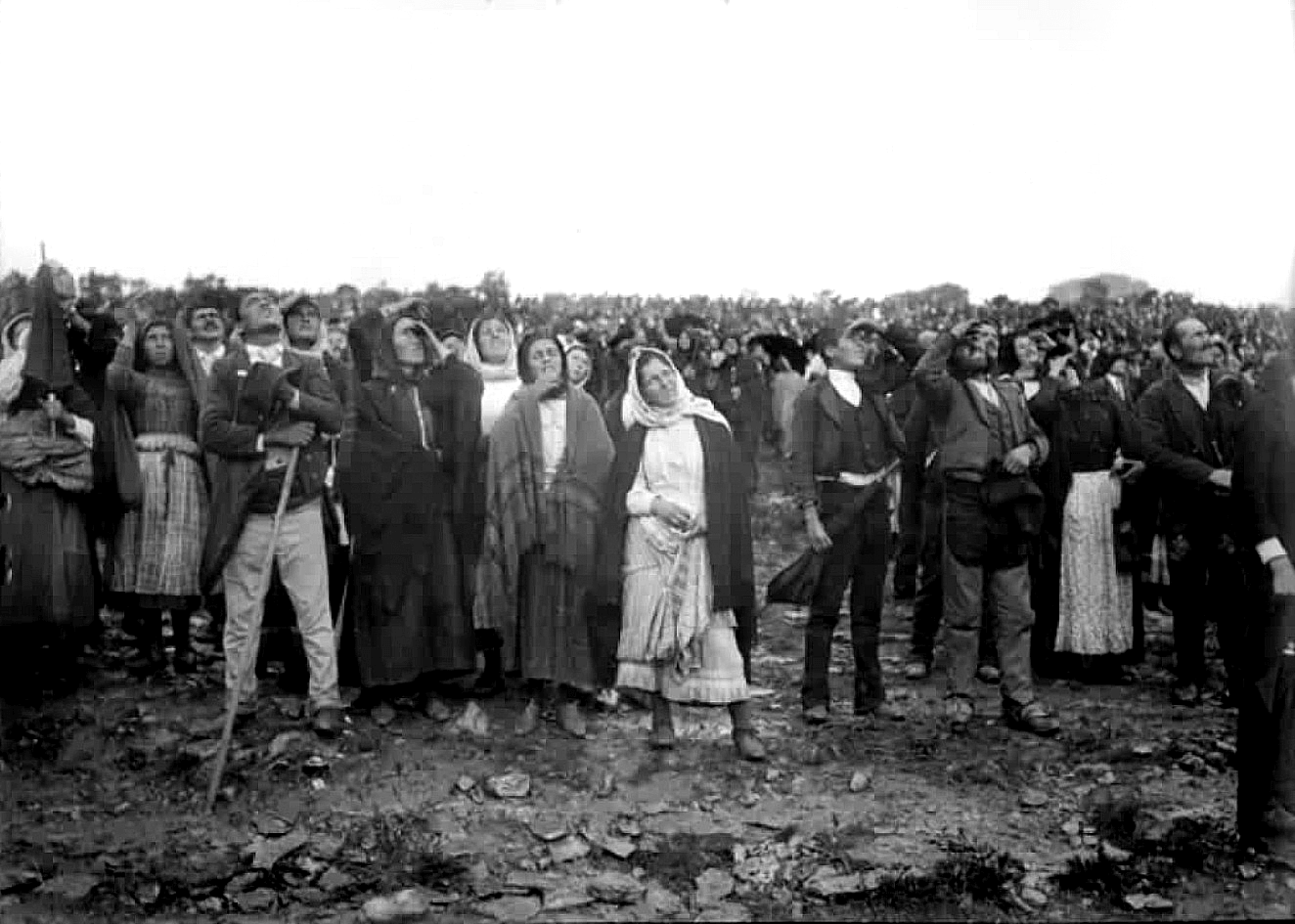 The sky was covered in dark clouds and the ground was soaked through as it had heavily rained the night before. Over 70,000 people turned up despite the bad weather. It was only on this final apparition that the children found out the angel’s identity – she was Our Lady of the Rosary. She requested that they built a chapel in her honour and that they should continue saying their rosary.

Then the miracle happened. Our Lady rose afloat to the east and put her palms up to which the sun shone through thick clouds where a spinning silver disc appeared. This time the crowd did see the miracle and later this event was named the Miracle of the Sun. The children as promised saw Saint Joseph and the child Jesus, Our Lord and Our Lady of Sorrows. Also, Our Lady appeared as Our Lady of Carmel which signifies her entrance to Carmelites later in her life.

After the Apparitions of Fatima 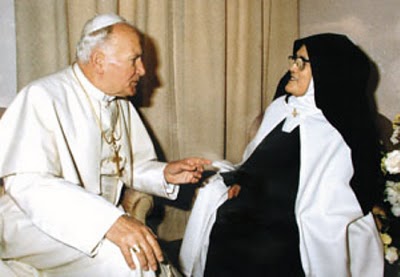 Just as the angel informed, Francisco and Jacinta followed her to Heaven shortly after, before Lucia. The summer following the apparitions both Francisco and Jacinta contracted influenza and passed away two months away from each other. Both Jacinta and Francisco’s bodies were eventually laid to rest at the Sanctuary at the Cova da Iria, now a famous place for the religious people all over the world.  In 2000, Francisco and Jacinta were beatified by Pope John Paul II.

Lucia, as predicted by Our Lady, continued her journey of devotion to Our Lady alone. Lucia was admitted at the age of 14 to the Sisters of St Dorothy boarding school in Vilar and there she learned to read and write. In 1925, she became a postulant of the convent of the Sisters of St. Dorothy in Tuy. She was granted the name Sister Mary of the Sorrowful Mother after completing her perpetual vows in October 1934. Years later in Coimbra in 1946, she joined the Carmelites at the St Teresa Convent where she took the name Sister Maria Lucia of Jesus and the Immaculate Heart.

Sister Lucia wrote two books. The memoirs had answers to many questions about the apparitions of Fatima. In 2005, on the 13th of February, she passed away at the age of 97. Her burial place is at the convent in Coimbra until a place is ready for her at the Basilica in Fatima.

2017 will see the 100 year anniversary of the apparitions of Our Lady. So if you are walking the Camino Portuguese, why not take the opportunity to take a detour to Fatima or make time when you are in Coimbra to visit the Museum at the Carmelita. We have day trips available to Fatima from both Lisbon and Porto.

It has also been confirmed that the Pope will visit Portugal in 2017. Currently, his schedule has him in Fatima on the 13th of May, in Lisbon the day before and Braga the day after.  So if you are looking to go on the Camino Portuguese in May, keep this in mind.

Contact us HERE to book your pilgrimage to Fatima today.