Festivals on the Camino in September

Home > Blog > Festivals on the Camino in September 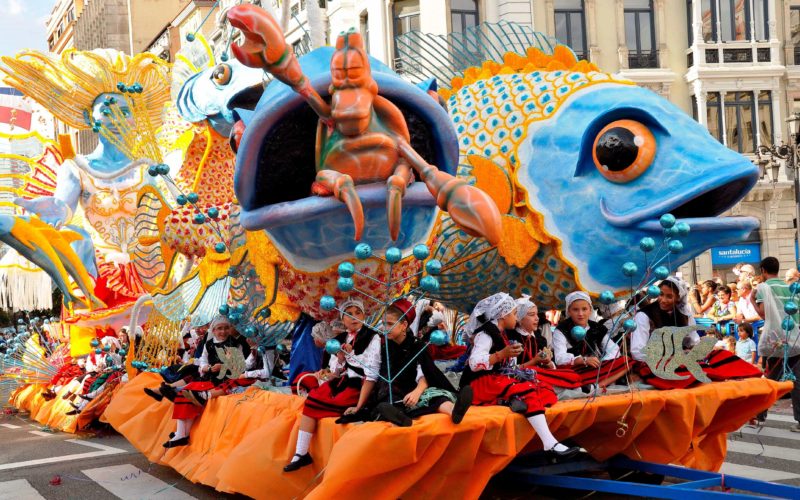 As the world is full of wonders and breath-taking fascinations, it is easy to miss what is happening around you. We want to make sure you don’t miss the opportunity to attend some great September festivals whilst you are walking the Way of St James.

Here are 5 of the best festivals on the Camino de Santiago tours in September to discover.

San Sebastian is the starting point of the Camino del Norte route going towards Bilbao. During the event, the atmosphere in San Sebastian is glamorous and cosmopolitan. Not to mention the various high-profile actors and directors descending on the city. Without a doubt, a must-see on the calendar of September festivals in Spain

At the end of September, the land of wine, Logrono, celebrates the Rioja Grape Harvest Festival. The festival is traditionally known as the festivities of San Mateo, the patron saint of Logrono.

During this festival, there are a number of activities for those walking the Camino to enjoy. Among the most popular are bullfighting, parades with floats, music and fireworks. Tastings and demonstrations of grapes for wine being crushed underfoot are other activities to see.

Children can also participate in wine treading or in the parade that goes from the Town Hall to Gran Via, the famous wine fountain which spews wine coloured water into the sky. The festival is in honour of the Virgen de Valvanera, La Rioja Patrón.

Escape the cold, the noise and crowds of the busy city by going on an winter break on the Camino de Santiago.

On the 8th of September, we celebrate the feast of the Virgen de Valvanera that started out as simple livestock and agricultural fair in Salamanca. Legend has it that a virgin helped Salamanca defend the city from invaders in 1706 during the War of Spanish Succession.

On the first day of the festival, salmantinos dress up in their traditional attire. Out of gratitude, they put flowers in front of the virgin’s statue. During the festival, street shows, concerts, and pop-up parties are enjoyed by all.

Additionally, the celebration includes the Etnohelmántica Festival, Street Arts Festival, Medieval Market, Fair Day, and bullfighting. Salamanca is located on the Via de la Plata Camino route. There are many great things to see at this event. If you end up here, you will enjoy yourself beyond expectation.

The Finisterre Way or Muxia Way is part of the Romería de Nuestra Señora de la Barca. This festival is held in the idyllic village of the Costa da Morte. Its name in the Galician language means the end of the world, fisterra. The first Sunday after the 8th of September is the celebration of the Virgen de la Barca Shrine and its mythical rocks which is at a site in Camino dos Faros.

The village is quite religious with the Catholic church having many stories about it. One of the many legends that exist in this city is that of a city that was submerged under the water for not adhering to the words of the Apostle Santiago and the beautiful Virgin of the Barca on a stone boat who encouraged Apostle James and gave guidance to the Jerusalem since he had fulfilled his mission.

According to the legends, the stone deposited there is from the Stone of Abalar, the boat, and is said to be able to move when it wants to. They celebrate by tasting the caldereta (fish stew) and dancing with the Abalar stone.

The dancing involves visitors shaking the stones when they make wishes from the Virgin although it is believed that only the innocent and free from sin can manage this. As such, come see this small village that still preserve its traditions and interesting religious rituals. This is one o

On the 19th of September, the Asturias America Day parade takes place in Oviedo, a city renowned for its cultural integration. During the industrial revolution, many Asturians migrated to America in search of a better life. and have provided their family back home with their expenses.

As there are many Asturian emigrants to America who usually come back from America for the summer. They started a tribute to these people with a parade with colourful floats, music and costumes.

There are also architectural, musical and artistic festivals all lined up in September on the calendar in Spain every year.

Discover the Camino in September!

These are just some of the great September festivals to experience along the Camino de Santiago. If you want to experience them, Follow the Camino will help you plan your next holiday adventure!

Follow the Camino is a leading Camino tour provider that offers many manageable walks and cycles for everyone on the famous Camino de Santiago.

Get a free quote for your Camino journey.

If you dream of something new, get in touch with us and we will make your wish come true!