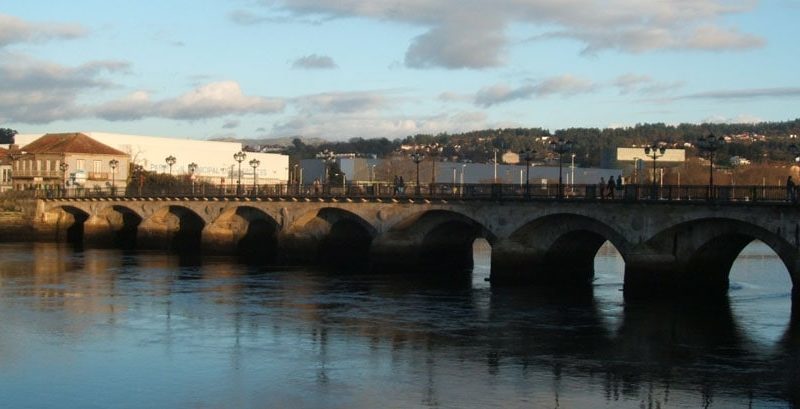 Details and history of the Portuguese Way

Although the Portuguese Way pilgrimage from Portugal to Santiago is assumed to have already been in existence in the Late Middle Ages, it became even more popular after the country gained its independence in the mid 12th century. From that time on, the veneration of Saint James and the pilgrimage to Santiago de Compostela was considered to be one of the hallmarks and identity of 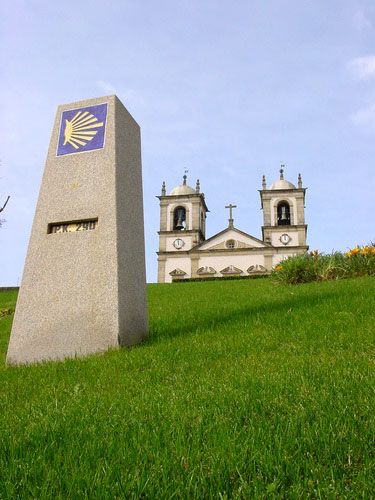 European culture had far-reaching effects in Lusitanian lands. For centuries, the Portuguese people participated enthusiastically in this collective experience and they had the good fortune to be consistently supported by the example of monarchs, members of the nobility and the high clergy. From the 12th century up until the present day, much of Portugal’s road network has seen the comings and goings of pilgrims heading from towns and cities all over the country. From Lisbon, Santarem, Coimbra, Porto, Braga, and Chaves to their goal of Santiago de Compostela. Their motives were strictly religious, yet thanks to this steady flow of movement between Portugal and Galicia, cultural, economic and intellectual exchange has also flourished.

The Portuguese Way in Galicia is the result of a combination of historical factors. Bridges, country chapels, sanctuaries, wayside crosses, manor houses and historic cities dot the route that starts on the banks of the Minho river in the city of Tui and ends at the tomb of Saint James. Although this surge of people walking the Camino did not lead to the design and creation of a set of monuments all corresponding to a specific period-Romanesque or Baroque-in an integrated artistic space, the Portuguese Way in Galicia is rich in cultural heritage, which extends beyond architecture and museums to become a privileged route with some of Galicia’s finest examples of art.

The Portuguese Way gently winds its way northwards, along ancient tracks and paths that run through woodlands, farmlands, villages, towns and historical cities. The paths that cross some streams of water flowing under bridges-some of Roman origin of unmistakable medieval construction. A route is enriched by the presence of chapels, churches, convents and petos deanimas (stone altars). These are usually found at crossroads and cruceiros (wayside crosses). Here, the comforting image of Santiago the Pilgrim is ever-present to accompany and hearten the pilgrim on his journey. 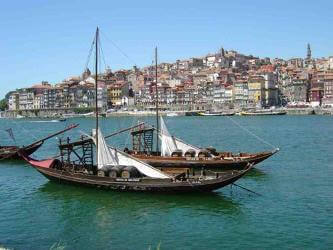 The hospitality offered by the people is proverbial. One of the hallmarks of the pilgrimage to Santiago is the warm reception given to the pilgrims who are walking the Camino. This practice was started in the Middle Ages by the monks and clergymen serving the hospitals founded by the monarchs and nobility. This welcoming sense of community is kept alive today by the inhabitants of the towns scattered along the Way and in the pilgrims’ hostels. Many of the locals on the Portuguese Way feel a special devotion to Saint James. The locals offer encouragement to those traveling to Compostela on the old paths along this pilgrimage route.

The Camino Portuguese or Portuguese Way was born from the major Roman roads that formed the backbone of the Roman Gallaecia. It continued to be in use for many centuries, such as Via XIX. Built in the 1st century AD under Emperor Augustus, it was known in classical works as the Itinerary of Antonino. The route was established at the beginning of the 3rd century AD during Caracalla’s time. This ancient testimony is proof of the vitality of this via from very early times. Since the Middle Ages, the Portuguese Way has maintained the tradition of exchange between neighbours that began during the days of the Roman Empire.

Despite its unquestionable historical background, today our modern road network has affected the Portuguese Way. At times, the pilgrims must forget the dirt paths and stone-paved ways to walk along the verge of the N-550 road between Vigo and A Coruna. The road follows the Portuguese Way to Santiago, something of a drawback for those seeking to recapture the essence of the original pilgrims’ way. However, these discomforts are fleeting and are fully compensated when the pilgrim finishes the different legs of their journey. This route of devotion, art and culture provides an undisputed wealth of monumental and natural heritage.

Historic cities, ancient villages and beautiful woodlands are waiting for you on the Portuguese Way and here are some more reasons why you should walk the Camino Portuguese!

If you have any questions on our Camino de Santiago tours or our services, then please contact us at info@followthecamino.com