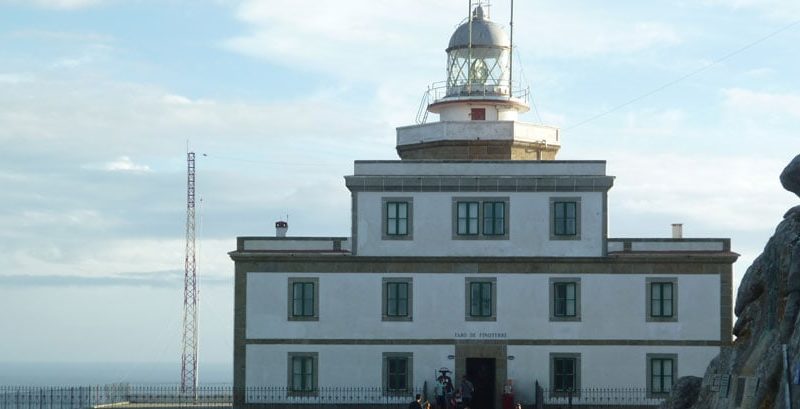 The route starts in Santiago and travels outward to the coast – sometimes known as ‘the end of the world’. The Jacobean or St. James pilgrimage comes to an end in the city of Santiago de Compostela. However, dating back almost to the discovery of the tomb of the Apostle Saint James (9th century) at the site where today the cosmopolitan city stands, many of the pilgrims from both the Iberian Peninsula and other parts of the world decided to extend their journey to the Costa da Morte “Coast of Death”.

The Costa da Morte is located in the most western part of Galicia, that looks out onto the rough waters of the Atlantic ocean. There are many reasons that have inspired this tradition. All of them are different but somehow linked and they have given rise to the route known as the Fisterra-Muxia Way. 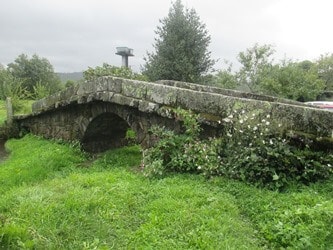 For the people of ancient times, and indeed up until the late Middle Ages, the Costa da Morte at the end of the Finisterre Way was the last frontier of explored land. It was the most western part of continental Europe and the final stretch of an itinerary traced in the sky by the Milky Way.

Here was a mythical and symbolic place whose most extreme point was pervaded by the impressive mass of Cabo Fisterra (“Cape Finisterre”). It was a place rich in pagan rites and rituals. An awe-inspiring sight for the Romans (2nd century BC) who were struck with wonder when they saw the mighty sun vanish into the sea.

Nonetheless, the Christianisation of the pagan traditions of Finisterre Way was a process that had taken root from the middle of the first millennium. From the12th century onwards, Calixtine Codex associated these lands with the pilgrimage tradition. This renowned codex tells the story of how the disciples of Saint James journeyed to the city of Dugium, (no longer in existence) in present-day Fisterra. They sought authorisation from a Roman legion to bury the apostle at the site where Compostela stands today. The Romans, suspicious of their motives, threw them into prison. 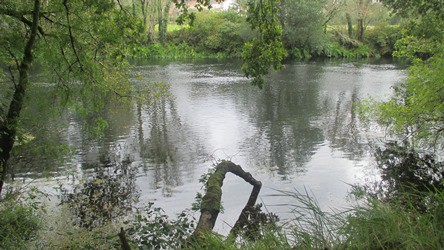 Yet the connections of Galicia’s Lands End with Santiago are rooted, above all, in the integration of many ancestral elements prominent in the area. Not only did it offer the ancient pilgrims a view of the end of the known world, but it was also the site of two of the most popular cults in Galicia.

The first being the Holy Christ in Fisterra, which was described by Moline, a 16th-century scholar, in the following way: “at this spot gather the most devout of the pilgrims who come to worship the Apostle”.

They were drawn by the possibility of being able to prostrate themselves before the son of God in this most remote place after they had visited Santiago. The other cult is the Virgin of A Barca, in the nearby coastal town of Muxia.

According to a tradition dating back to the Middle Ages, the Virgin Mary came to this beautiful spot in a “stone boat” to encourage Saint James in his preaching. An event linking this sanctuary with that of the Virgin del Pilar in Zaragoza.

The Finisterre Way is frequently referred to in odeporic literature, surpassed only by the French Way. The oldest story is that of George Grissaphan, a Magyar knight from the 14th century. The story recounts his adventures as a pilgrim and hermit in Fisterra. In the late 15th century, the Polish pilgrim, Nicholas von Popplau, journeyed to Muxia after having visited Compostela. He described the remains of the “wrecked ship, made of genuine stone” belonging to the Virgin Mary.

On his pilgrimage from Italy, the Venetian traveller, Bartolomeo Fontana (16th century), visited Fisterra. Fontana reported that those who were free of mortal sin could move the stones of the ship of Muxia with just one finger. Domenico Laffi (17th century) the clergyman and scholar from Bologna, journeyed to Fisterra as well. He wrote of the lighthouse guiding the sailors to safety through the turbulent waters in the area.

Many of these stories mention the Mount of Saint William, who was a legendary hermit in the area. This hermitage, no longer standing, was associated with fertility rites.

The following pages recount the interesting features of this pilgrimage route, which is unique in that unlike all the others, its starting point is in the city of Santiago. In this case, the final destinations are Cape Fisterra and the Sanctuary of A Barca, some 89 and 87 kilometres from Santiago.

Take a look at a video clip of the Arrival of St. James here

Through the help of our Camino experts, travel gui