The Spaniards have plenty of traditional and fun festivals to offer all throughout the year and October is no exception. Choose your favourite and let us know. Here are some festivals you can go to before, during or after you Camino de Santiago tour in October. 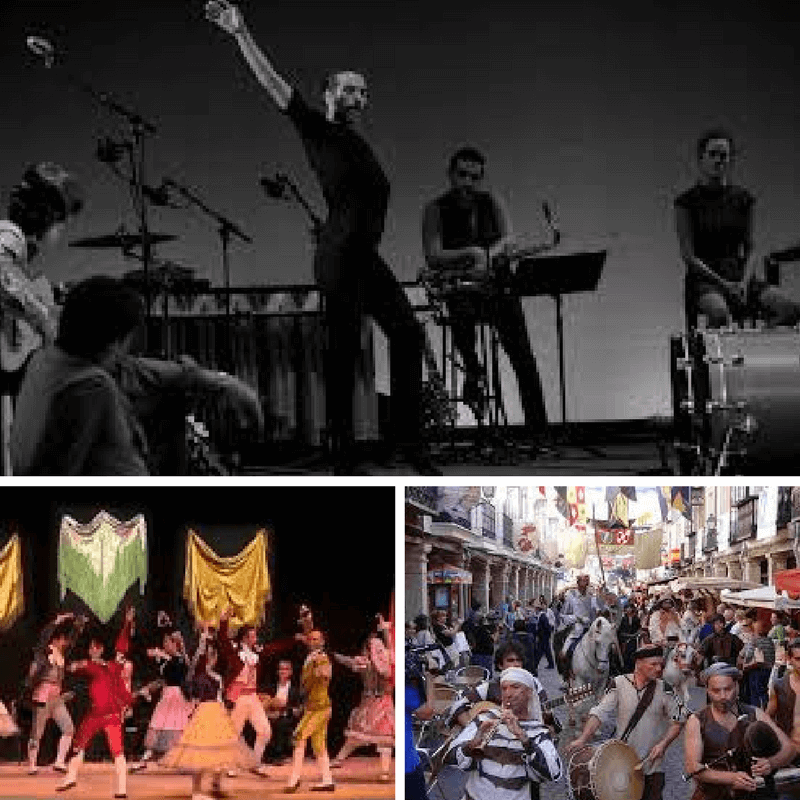 The Festival de Otono is an annual festival in Madrid that starts in October and runs until April. Running since 1983 this festival has plenty of mouth dropping art events and the cities are decorated with pompous dancers and theatrical performances. The theme of the performances focuses on its people and their lifestyle. For the performers, originally the festival was to show what was happening around the world. But today, the purpose is more for the growth of artists and finding new talents among the young generations. This is a big festival and you might see your favourite stars enjoying the festival with you. 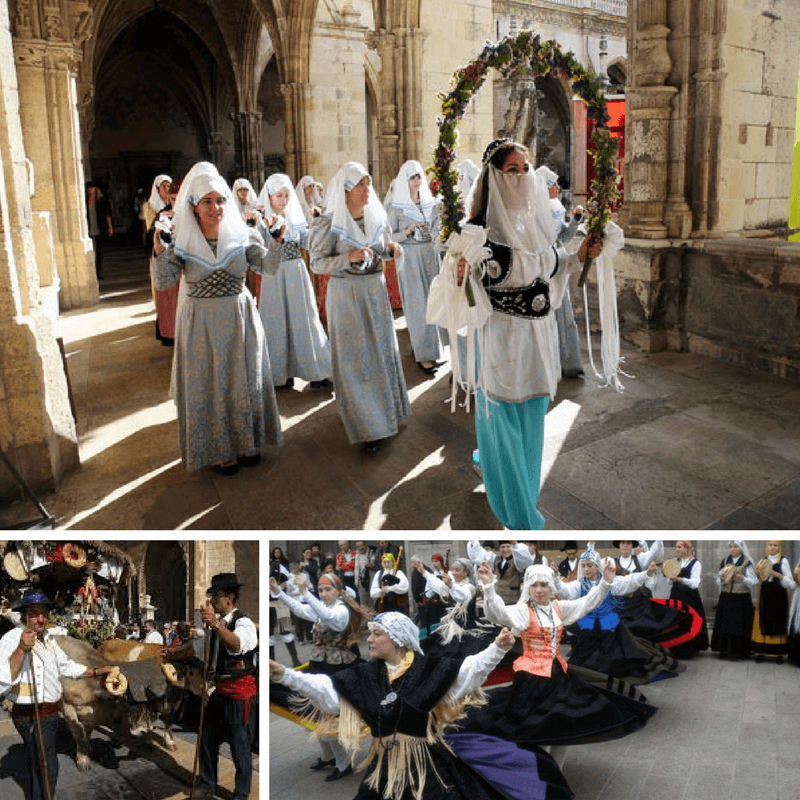 The San Froilán Festival takes place in Lugo (on the Original Way) and León (on the French Way)  from the 4th – 12th October. This festival is in honour of the patron saint of the area San Froilán. During this festival, there will be parades, street entertainment and on the last day of the festival, there is a Medieval Fair with falconry and a banquet. Here you can see people dressed in medieval fashion and enjoy the unique atmosphere of celebrating medieval times. Decorated cars and animals dressed in medieval ornaments are the norm on the day. There is also a trolley competition that locals are enthusiastic to participate in. Trolleys are decorated in flowers and their local products. One of the stand out days is Sunday 11th October when O Domingo das Mozas takes place and is dedicated to traditional Galician costumes and folklore. 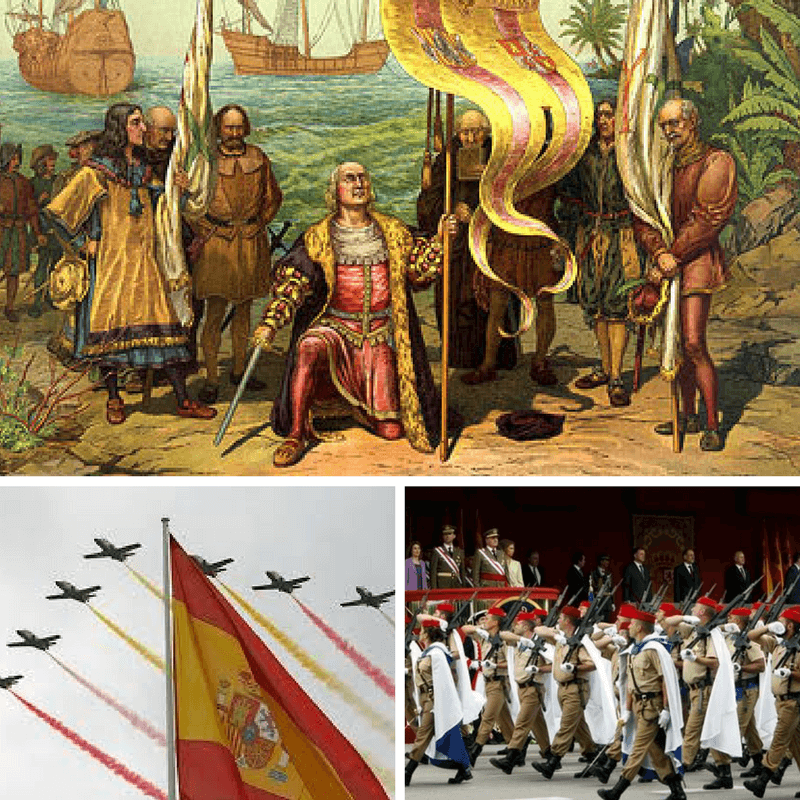 This takes place on the 12th of October and is in celebration of the Virgen del Pilar, the national patroness of Spain. A proud military forces march in Madrid on this day and it came to be known as the Day of the Armed Forces Parade. Foreign embassies and officials can be seen in attendance during this time. It also commemorates the day when Christopher Columbus first set foot in the Americas in 1492 or the time before Columbus had arrived in Mexico and is known as “Columbus Day”. Although the day is celebrated in many countries today, it originally came from Argentina, curiously. Spain followed their example a year later. Please note, there are many businesses closed on this day. 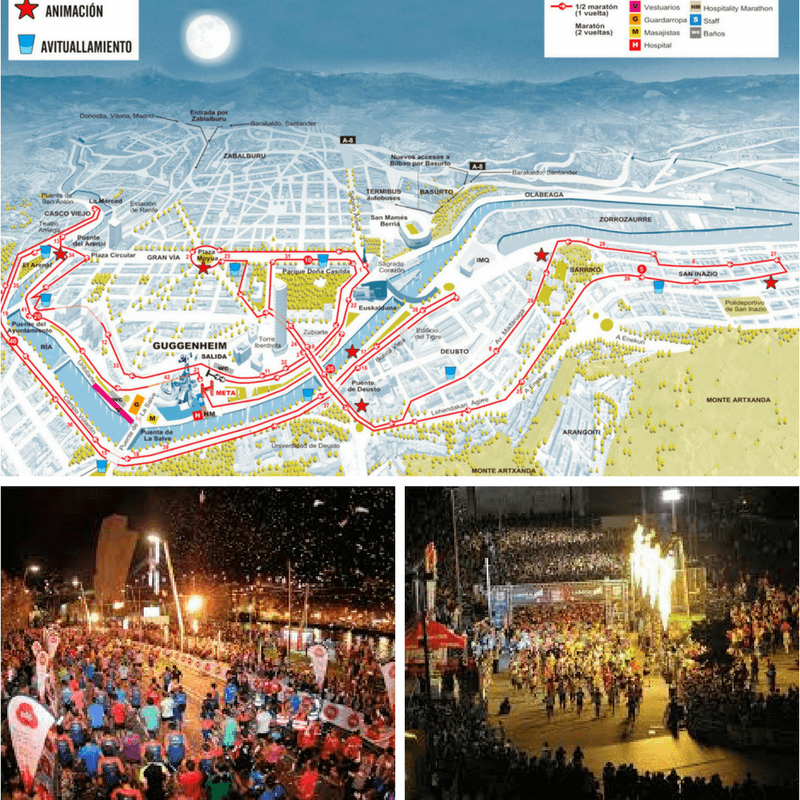 This is one of the most popular night marathons in Europe and takes place on the 18th of October outside of the famous Guggenheim Museum. Anyone can take part in the marathon. The runners can enjoy the city views from places they might not have before. This is just one of the many economic activities the Bilbao people are trying out for the city. However, as you are walking the Camino we would recommend observing rather than running. Instead, take the time to immerse yourselves in the vibrant atmosphere.

Halloween is not as widely celebrated in Spain as it is in other parts of the world, at least in the traditional sense. It is called the All Souls’ Day in Spain and is quite a religious festival that sets it apart from the rest of Europe. Every region in Spain has a unique aspect that sets them apart. Parts of Northern Spain will celebrate Halloween with parties and bonfires which are said to keep away bad spirits. People do a ritual chant when it is night time and drink a burning beverage that’s said to be made of fire. Children still trick or treat although it is not as popular as it is in the US. There are plenty of events and activities for the entire week at the end of October as well, themed accordingly, which brings us to our next festival.

From 31st October to 6th November, the annual Horror and Fantasy Film festival is held in San Sebastian. It is considered one of the most renowned festivals in Europe. During this festival, there is a wide range of horror films screened at various venues, particularly at the Teatro Principal, together with outdoor performances, comedy events, street theatre, and horror-related exhibitions. This is certainly no place for the faint-hearted. If you are walking on the Northern Way or Camino del Norte be sure to check out this festival in San Sebastian.

For those walking the Spanish Way, it is totally normal for musicians to choose this route just for the art showcases on their way – Seville is a favourite destination for many pilgrims. The Guitar Festival of Seville takes place from the 14th to 21st of October. You can enjoy classic guitar performances in the city. Barcelona, on the other hand, is further from the Camino Way but the place is famous for its festivities and a general holiday destination. You can enjoy the Jazz festival after or before you start your walk. There are more music festivals in different parts of Spain for those who are interested.

We have several blog posts on Spanish festivals and some of them are entirely dedicated to certain months of the year. If you have read them, you might be thinking if the Spanish ever stop celebrating. The answer is a big NO. The Spanish culture is one that should be celebrated and its creative artistic talents can only ever feel relief with frequent exhibitions and performances. They certainly know how to enjoy themselves in this fast-moving world and every traveller who attends the festivals will vouch for this. So for pilgrims and travellers passing by the city, it would be a shame to miss these Spanish spectacles.

If you would like to take part in any of the Camino festivals along the Camino de Santiago routes, contact our Camino experts at info@followthecamino.com.