Festivals on the Camino in October

Home > Blog > Festivals on the Camino in October 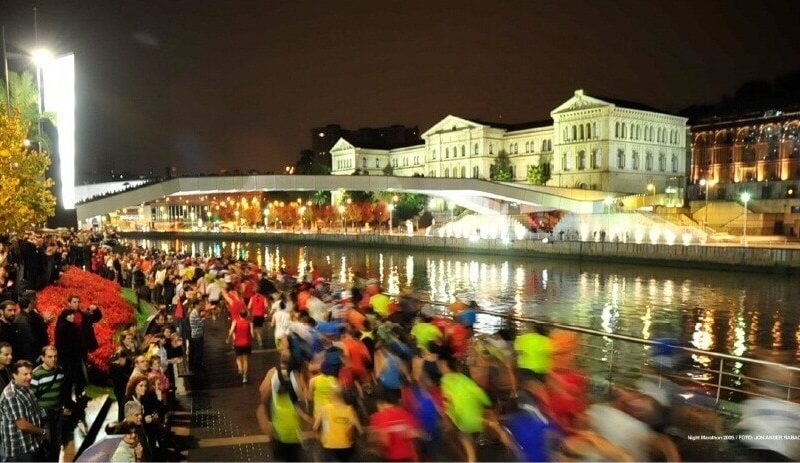 Plenty of traditional and fun festivals take place on the Camino de Santiago in Spain throughout the year. October is no exception, choose your favourite and let us know. Here are some October festivals you can go to before, during or after your Camino trip.

The San Froilán Festival takes place from the 4th – 12th of October in two locations in Northern Spain. Lugo on the Original Way in Galicia and León on the French Way in the province of León.

On October 5th in León, thousands of people gather at the shrine of the Virgen del Camino in honour of the patron saint of León and Lugo – Saint Froilán. Queues form to kiss the cloak of the virgin and touch the saint’s nose. Many enjoy the stalls and fun street entertainment.

The second Sunday of this October festival in Lugo is one of the stand out days. The day called “O Domingo das Mozas” is dedicated to traditional Galician costumes and folklore. There are parades, street entertainment and a mouth-watering banquet.

Whilst in Leon, you should visit the magnificent Cathedral of Santa Maria de Regla de Leon before continuing on your Camino Frances. If you visit Lugo on the Camino Primitivo, take some time to enjoy the impressive Roman Walls which are a defining part of the city.

Dia de la Hispanidad takes place on the 12th of October annually. Celebrated worldwide, the day commemorates the Spanish legacy to the world, especially in America. On this day the Spanish military forces march in Madrid. It is referred to as the Day of the Armed Forces Parade. Foreign embassies and officials attend during this time.

La Fiesta Nacional de España is also celebrated on this day. It commemorates the day when Christopher Columbus first set foot in the Americas in 1492. Many businesses close on this day due to it being a National holiday in Spain.

October 12th is also the feast day of both Our Lady of the Pillar and the Virgin of Guadalupe. The Virgen del Pilar is the name given to the Blessed Virgin Mary. Mary appeared to the Apostle James the Greater in 40AD in Spain. She is the national patroness of Aragon and her shrine is located in the Basilica of Our Lady of the Pilar in Zaragoza. Logroño is the nearest Camino town located on the Camino Frances.

The Bilbao night marathon takes place annually in October. It is one of the most popular night marathons and enjoyable October festivals in Europe. The marathon starts and finishes outside the famous Guggenheim Museum with three different races on offer. A 42 km (26 miles) marathon for professional athletes and amateur marathon runners; two 21 km (13 miles) races (half marathon); and a 10km (6 miles).

The night marathon is a combination of sport and fun and anyone can take part. Runners enjoy the city from unique viewpoints whilst running the race. Some of the unique viewpoints include the town hall, the Provincial Council, the Gran Vía, the Euskalduna, the Arriaga Theater.

If you are walking the Camino del Norte at this time of the year, you should take the time to enjoy the vibrant atmosphere of the city of Bilbao.

For those walking the Camino Mozárabe, it is totally normal for musicians to choose this route just for the art showcases on their way. Seville is a favourite destination for many pilgrims. The Guitar Festival of Seville takes place from the 8th to the 13th of October. You can enjoy classic guitar performances in the city.

Barcelona, on the other hand, is further from the Camino Way but the place is famous for its festivities and a general holiday destination. It begins in late October running through to March the following year. With free events to attend and the chance to enjoy Spanish culture, why wouldn’t you attend? You can enjoy the Jazz festival after or before you start your Camino walk.

In Spain, Halloween is not as widely celebrated as it is in other parts of the world. Halloween in Spain is a three-day celebration starting on October 31st with Dia de las Brujas (Day of the Witches). Followed on the 1st of November with Dia de Todos los Santos (All Saints Day). And finally, on the 2nd of November, it concludes with Dia de los Muertos (Day of the Dead). Spaniards and Mexicans often go to see the play “Don Juan Tenorio” one week before, the main topic revolves around death.

People conduct a ritual chant when it is nighttime and drink a burning beverage called Queimada that is said to be made of fire. Children still trick or treat although it is not as popular as it is in the US. There are plenty of events and activities for the entire week at the end of October. This brings us to the next of our October festivals.

The Horror and Fantasy Film festival is held in San Sebastian from the 29th of October to the 5th of November annually. Considered to be one of the most renowned festivals in Europe. A wide range of horror films are screened at various venues during the festival.

This is certainly no place for the faint-hearted. If you are walking on the Northern Way or Camino del Norte be sure to check out this festival in San Sebastian.

There are many festivals that occur throughout the year in Spain. We have several blog posts on Spanish festivals taking place in September, November and all year round. Spanish culture is one that should be celebrated. And, its creative artistic talents are showcased frequently at all times of the year. So for pilgrims and travellers, it would be a shame to miss these Spanish spectacles.

Soak up the festivities on the Camino in October

Follow the Camino has been supporting people on their pilgrimage tours since 2006. We are passionate about the Camino and active holidays, and we would love to help you to create your perfect Camino tour itinerary.

If you would like to experience walking the Camino de Santiago in October, please get in contact with our Camino experts at info@followthecamino.com

The Camino is Open for 2022 Bookings!


Leap back into travel with the ultimate bucket list adventure through Spain.