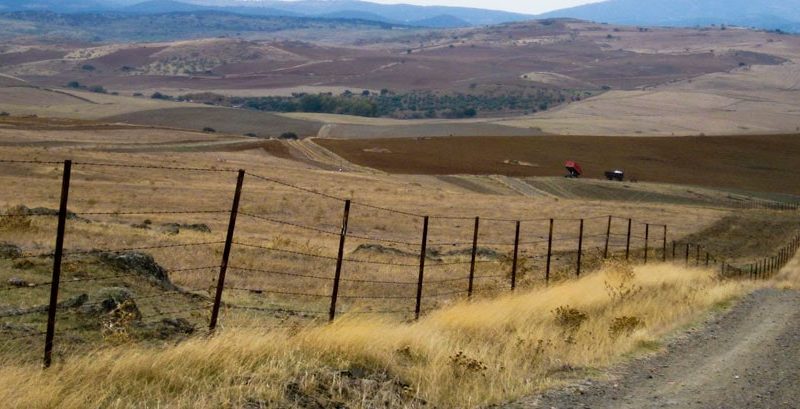 Via de la Plata route of the Camino is also sometimes known as Camino Mozarabe. This is the longest of all the Ways of Saint James into Galicia and to Santiago de Compostela. The Via de la Plata/Camino Mozarabe travels through the provinces of Ourense, Pontevedra, and A Corunia. It crosses natural reserves with a wealth of cultural and ecological heritage. You can start your Camino anywhere along the Via de la Plata, which begins in Sevilla.

Others simply refer to the whole collection of paths from the south of Spain as the Camino Mozarabe.

History of the Camino Mozarabe and the Via de la Plata

The Camino Mozarabe was first waymarked in 1999, but the Via de la Plata has been a major road through Spain for much longer. There are a few variations that you can choose from, but we recommend the one laid out on the map above.

The best-known version of this route enters Galicia through the gorgeous basin of the Sil River. This has been the traditional entry to Galicia since ancient times.

The South-East Way of the Camino Mozarabe is actually an extension of the Roman road known as the Via de la Plata. It connected Emerita Augusta(Merida) with Asturica Augusta (Astorga). The route crosses the western part of the Iberian Peninsula from south to north. It travels over the basins of the Tajo and Duero Rivers.

The Way was laid out in early Christian times, taking advantage of older Roman roads. The route was still in use during the Early Middle Ages, first with the Visigoths and later under Islamic rule.

In the late Middle Ages, the route was once again Christianised by the Andalusian Mozarabs. The pilgrimage to Santiago was less perilous following the conquest of Seville and Cordoba by Ferdinand III.

Walking the Via de la Plata to Santiago de Compostela

The wonderful Via de la Plata is the longest Camino route to Santiago, taking about 40 days without rest days. It crosses the whole of Spain from Andalucia in the South to Galicia in the North. The route covers over 1000km of ground – that is about 620 miles.

The last 100km of the Via de la Plata from Ourense to Santiago is probably the most beautiful of all the ‘last 100km’ to Santiago de Compostela. It is off the beaten track too, so you will have a unique experience on this Way.

This full route is challenging as well as long. It is rarely flat with the exception of La Vía Verde (The Oil Train rail bed) between Lucena to Doña Mencía.

The Via de la Plata runs through olive and orange groves and hilly scenery. A lot of the walking is on old tracks and paths, with some very quiet minor roads. There are quaint white villages and hilltop castles nestled between the hills along the way. You will also find the UNESCO-listed cities of Salamanca and Zamora on this route in the Castile and León region.

As you get further north on this Way of Saint James you will see more green pasture, agricultural land, and forests.

This is a relatively solitary route with few pilgrims – even during peak season. You will be walking through sparsely inhabited areas too, so you may go many hours without seeing a single person.

The Best Time to Walk

The south of Spain is especially hot during summer. Many stretches of this Camino also have little to no shade or shelter from the sun. We advise against walking this route in the height of summer.

The weather is much nicer from March to May and September to November. You can see more details of the weather across Spain and Portugal here.

If you are planning to walk the Camino Mozarabe in the rainy season this may cause delays or detours. The rainy season is usually in mid-January to February. There are several streams and rivers to cross, and these can become flooded.

The Via de la Plata is a much less well-walked Camino route, so there are fewer services along the way. You will still find good accommodation options, but you may need to walk further to reach them each day. There are a lot fewer albergues on this route. You will often find that a hotel or Pension is the best accommodation option, even if you are on a budget.

If you book your Camino through Follow the Camino then we will make sure that you always have a comfortable room for the night!

Walk the Via de la Plata

Discover the wonders of Spain on the Via de la Plata for yourself! Walk one section or the whole thing. Follow the Camino has been creating tailor-made Camino tour packages on the routes of the Camino since 2006 – so we know our stuff!

We can customise an itinerary on this historic route for you. From shorter walking days to special accommodation, and airport transfers to included dinners – we have you covered.

Get in touch with us for a free itinerary and to start your Camino journey.